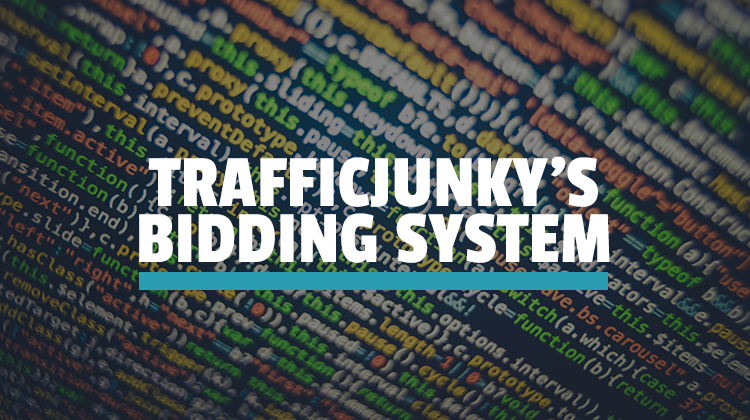 Over the years, we have received quite a few questions about our bidding algorithm.

Since knowledge is power, it’s time that we give an overall explanation on how the bidding algorithm works:

The goal of our algorithm is two fold:

1 – Maximize the CPM revenue for our publisher

2 – Distribute impressions among as many advertisers as possible.

At all times, our algorithm is aware of the number of impressions available for a given spot / geo combination (based on the spot history). When advertisers are bidding on the spot, the algorithm will check each campaign’s potential revenue over time.

In order to do so, it will check the bid amount, the targeting options for that campaign and the daily budget assigned to it.

According to the number of potential impressions for each campaign set for that geo spot, along with the restrictions applied to the campaign (such as frequency capping), the algorithm will assign impressions based on the highest potential revenue for the publisher while trying to grant impressions to as many advertisers as possible.

In other words, if we have the following campaigns set on a given spot / geo:

However, if the number of potential impressions for the spot doesn’t allow to cover for all campaigns, then Campaign A will get a higher priority because it will grant a higher CPM for the publisher.

Of course, this is a very simplified example, most of the time, a spot will have a lot more than two bidders and a lot of them will include advanced targeting options.