Home » Your Guide to Uploading Creatives 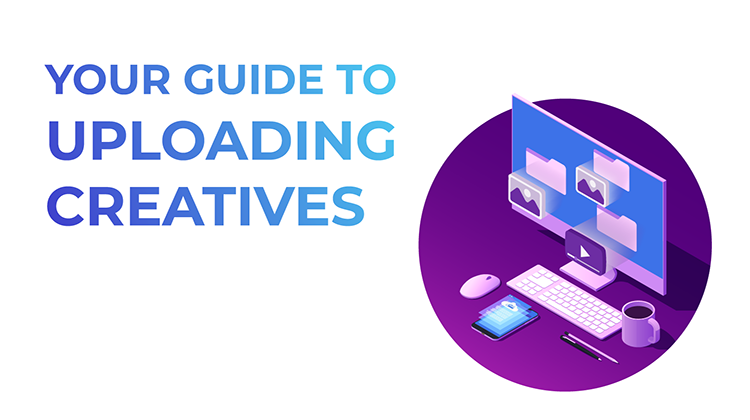 Did you know that your campaign can go live immediately after you set up the campaign? Well, good news: now it’s possible, and we’ll show you how to. Uploading creatives in the Media Library is a necessary action before starting to create a campaign. After creatives are uploaded and approved, they will be available for selection in campaign creation, if they match the campaign settings. Therefore, your campaign will go live right away! This process saves you time and increases productivity for all future campaigns.

Organize your creatives based on their format. You can upload static banners, video banners, and overlay logos in the Media Library’s respective tabs.

Get started with Uploading Creatives

How to check your uploaded creatives 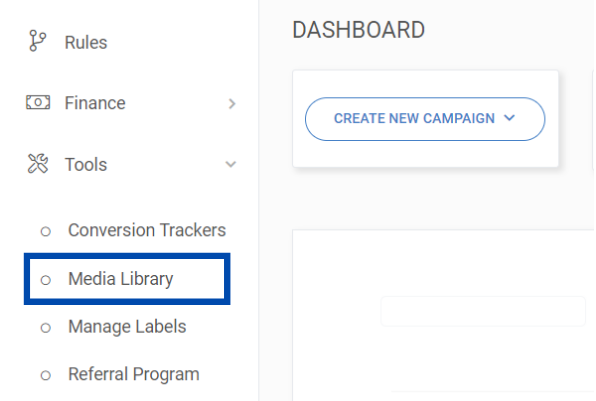 Access the Media Library under the Tools section of the left-side menu. You will find your creatives in the designated tabs of the Media Library based on the ad format. All the creatives uploaded will have a review status as “Pending” or “Approved.”

After a creative gets approved, you’ll notice 3 flags above each: Animation, Target Group, and Google Standard. We flag creatives to make sure creative specifications match the campaign settings and that’s how your campaign goes live immediately.

Animated creatives are effective for storytelling to engage with an audience.

Full animation– means the creative can be like a video with fluid animation. Animations that are too fast or blinking are not allowed on our platform. Refer to this article for examples.

Light animation– means that animations with a minimum of 2 seconds between frames. Refer to this article for examples.

We label creatives with an animation flag because animated ads won’t run on sources that don’t accept animation. Refer to the Rules & Regulations page.

The target group determines the audience (Straight or Gay) who would be viewing the ad creative. When creatives get reviewed, they get assigned to Target group flags: Straight, Gay, or All.

In the campaign manager Step 1 (Create a Campaign), you can select the audience you want to reach with your campaign, based on the target group: Straight or Gay.

If your creative gets flagged for the Straight target group, then you will be able to use that creative for Straight campaigns only. The same rule follows for the Gay target group. Alternatively, if the creative gets approved for All, you can use it in all campaigns.

If you want to run campaigns that target Google Chrome with Browser targeting, the campaign’s creative(s) must comply with Google Abusive Ad Experience. Creatives in the Media Library will get assigned a Google Standard flag as Passed or Failed.

The following reasons are considered to constitute an “Abusive Ad Experience” by Google Chrome: 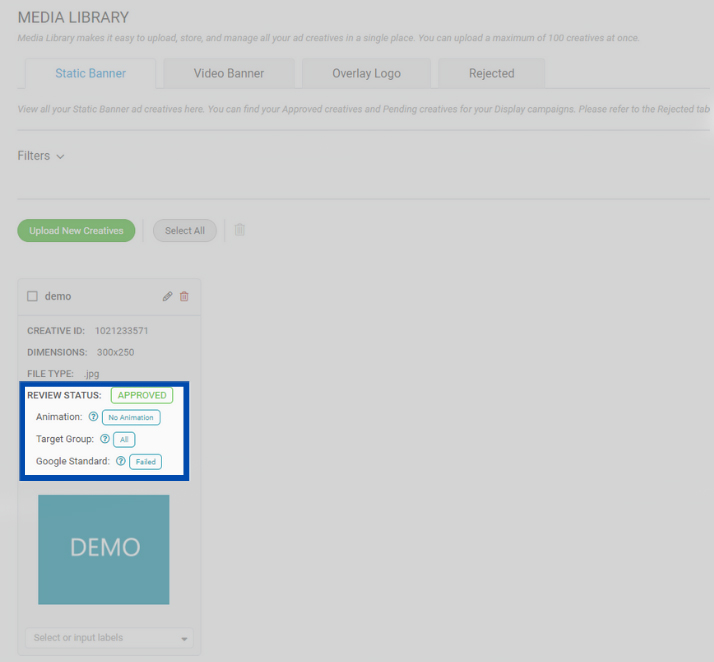 After creatives are approved and you’re ready to set up your campaign, follow steps 2 to 7 on how to create campaigns on the Campaign Manager.