Home » Your Guide to Real-Time Bidding 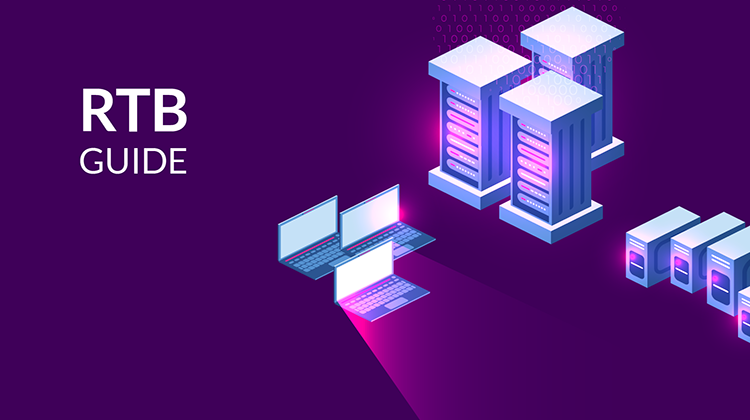 Programmatic advertising is the talk of the advertising world, and if you are active in this industry, you’d probably know what this word means. We are referring to the technology that brought about significant changes to the ecosystem of advertisers, publishers and ad exchanges. If you are new to the word “programmatic advertising”, it simply means the use of computer software to automate the process of buying and selling ads. We will dive deeper into this in the upcoming parts of the article. To learn more about this topic, please refer to our in-depth guide.

RTB is the acronym for Real-Time Bidding. And we will be explaining, in details, what exactly this protocol is; yes, RTB is a protocol. As we progress through the article, you will learn new concepts about RTB, its relationship to programmatic advertising underlying mechanics, and much more.

What is Real-Time Bidding (RTB)?

RTB refers to the automation and streamlining of ad purchase through real-time auction. The said auction happens during the time it takes for a web page to load, which is generally between 100 and 120 milliseconds.  This automated and streamlined process is not manually conducted, but instead uses computer software or algorithms. To reiterate, RTB is an automated process with no human intervention. Keep this point in mind as we will refer back to it later.

A brief history of RTB

Like every technology out there on the market, RTB was created as a solution to a problem. What was the problem that RTB helped solve? Well, for that answer, we have to take a trip back in time to the rise of programmatic advertising.

The first recorded instance of programmatic advertising was RTB programmatic advertising. It might sound a bit confusing at this point but bear with us. During these times, advertisers, thanks to ad networks, were purchasing ad space from publishers and showcasing their ads to the end-users. However, there was a twist to this. The advertisers’ ads were using, what we will refer to as bulk targeting. Although the name is quite self-explanatory, we will explain what this is.

At that time, advertisers were targeting users in big chunks since there was no precise way to target them. For instance, if advertisers wanted to promote products related to American football, they would target anyone interested in sports. As you might guess, this was a rudimental issue in advertising. Segmentation, however small it would had been, was not an option which caused advertisers to throw multiple darts in the air hoping to hit the bullseye – this was not practical at all. Firstly, money wise, this was not an ideal scenario. Your return on investment on such a practice could be extremely low which is logical since you did not even know who you were targeting. Secondly, this method of bulk targeting was inconsistent. Depending on how broad the audience, you could end up with only a few clicks on your ad. This was quite of a substantial problem, a problem that needed to be addressed.

To solve this targeting issue, RTB was created. Real-time bidding helped solve this issue by providing relevant information about the user generating the ad request so that advertisers would know if they were interested in showing their ads to said user.

How does RTB work?

Since we now know what RTB is, let’s discover how this technology works. As mentioned above, RTB uses algorithms that automate the buying and selling process. In the upcoming part, we will discuss the different steps, as well as parties involved in the real-time auction.

Here’s how RTB works: when a user enters a website, information about the site along with the user data is sent to an ad-exchange in the form of a request, an ad request.

That information once received, will be matched against a list of available advertisers fitting specific criteria. After the advertisers have been chosen, a real-time auction, or real-time bidding, takes place between said advertisers. That’s the underlying mechanics of RTB, pretty simple. But how does this help advertisers?

Let’s see! For example, let’s pretend you are running an E-commerce site, and a user arrives on it. This particular user visits your E-commerce website but ends up leaving before making a purchase. Later, while browsing the web, this user visits a news site, and they begin to see ads for your site everywhere. Real-time bidding is what makes this possible.

Companies, thanks to RTB, have the possibility of targeting users that visited their website but did not make a purchase; such as our user. Brands can show specific ads on hand-picked sites to an audience that matches the criteria they set. In our case, in the time it takes the user’s webpage to load, you will enter a real-time auction with other advertisers that are interested in targeting this user, and if you win, you will get your ad served on the publisher’s website.

If these examples still do not clarify how RTB is helping advertisers, let’s abstract our thinking. RTB permits advertisers to treat each visitor individually, which allows for a better, faster and more precise targeting.  In other words, the per-case approach of RTB allows advertisers to show their ads only to an audience that is indeed interested in their ads.

By now, we can agree that RTB is a protocol used for the automation of the buying & selling of ad space. But RTB needs an ecosystem in which it can be executed and used for its purposes. This ecosystem we just referred to is composed of the following:

If you are familiar with the world of programmatic advertising, then you must know what each of these components are, and how they work. But, let’s admit you are not.

An ad exchange is a platform that uses programmatic advertising for the automation of its core business operation, which is the buying and selling of ad inventory. This is often done through real-time auction. A demand-side platform is a digital platform that uses computer software to automate the buying of ad space. DSP is mentioned along with advertisers. An SSP, as you can guess, is a digital platform that allows publishers to automate the selling of their ad space inventory.

The following graph shows how these components interact with the RTB protocol to bring you all the ads you see on the internet.

If you are a developer or have a developer team working with you, you can even build your bidder application. That is to say that you can build applications that would be able to participate in Authorized Buyers Real-Time Bidding. As this is not a coding tutorial, but we will still walk you through all the concepts necessary to build said applications.

A bidder application is capable of communicating with Authorized Buyers using RTB Protocols, which we will highlight shortly. A bid request that is sent to an application should provide context about at least one ad opportunity. Accordingly, the bidder can determine the ideal creative and bid amount for each impression. The bidder can respond with a bid response to place at least one bid and designate the creative to be placed for ad opportunities sent in the request.

As for the supported RTB protocols, they are the following:

The RTB protocols specify the signal your bidder application can use to evaluate and bid on each impression sent in a request. It will also give you the signal to construct a response for the request.

We will stop here as far as bidder applications are concerned. For more technical documentation about this, you can go to Google developers.

As the figure above shows, advertisers can programmatically buy ad space either directly through advertisers or in the marketplace through RTB. This example perfectly captures what we discussed above about the difference between RTB and programmatic advertising.