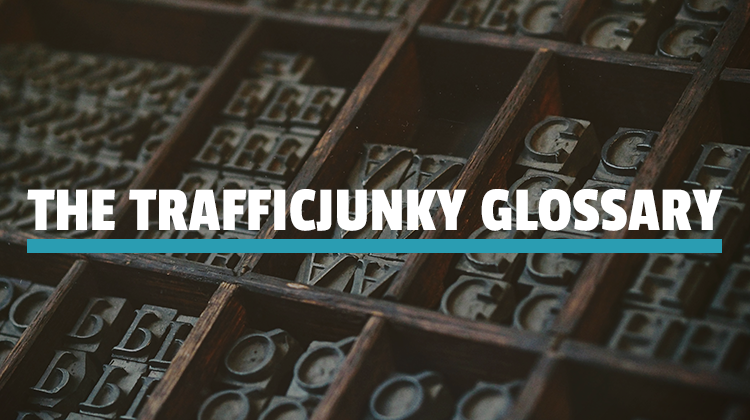 If you’ve recently joined the realm of online advertising you’re probably hearing tons of strange terminology and have no clue what it means.

Don’t fret, we’ve got you covered with our comprehensive glossary of TrafficJunky terms–which you can also use on other networks.

Feel free to skip to your letter of choice by clicking one of the links below.

Above the fold: Refers to ad placement on the portion of the page which can be viewed without scrolling.

Ad ID: This number identifies your ad in the TJ network

Ad Impression: A single instance of an online advertisement being displayed.

Ad Rotation: Different ads are often rotated in the same space on a single page. If three advertisers are sharing the same ad space, their ads will rotate in that space.

Campaign: A single ad or a series of ads that run on one or more sites for a given period of time.

CPA: Cost Per Acquisition. The amount paid per new customer created on the advertiser’s end.

CPL: Cost Per Lead. The amount paid per lead generated on the advertiser’s end.

CPM: Cost Per Mille. The amount paid by an advertiser for a thousand impressions.

CTR: Click Through Rate. This represents the share of people who saw your banner then clicked on it: [Total clicks] / [Total impressions] x 100.

Device: The type of device targeted by your campaign. TrafficJunky supported devices are PC, Mobile and Tablet.

Frequency Capping: Maximum number of times ads from a same campaign can be shown to the same site visitor.

GEO Target: A geographic zone selected to be targeted by the campaign i.e. USA, China or Cameroon.

Landing Page: A single web page that appears in response to clicking on an advertisement.

ROI: Return On Investment. A percentage figure which tells you how much profit you made compared to the money invested: ([Money generated] – [Campaign cost]) / [Campaign cost] * 100

RON: Run Of Network. Allows bidders to target a spot that will be shown across all sites on our network.

Spot: This is a specific location on a publisher website that can be targeted with an ad. Please note that some spots can be a collection of numerous potential spots i.e. Tier 3 spots, RON spots.

Target URL: The URL where users will land after a click on your banner.  See URL.